Manufactured at the Airbus facility in Friedrichshafen, Germany and tested in Noordwijk, Netherlands, the sensor module met with its payload module at Airbus in Toulouse, France where they both were assembled. The various elements composing the satellite were convoyed to Toulouse Blagnac airport by CHABRILLAC transports, founding member of the RouteToSpace Alliance. 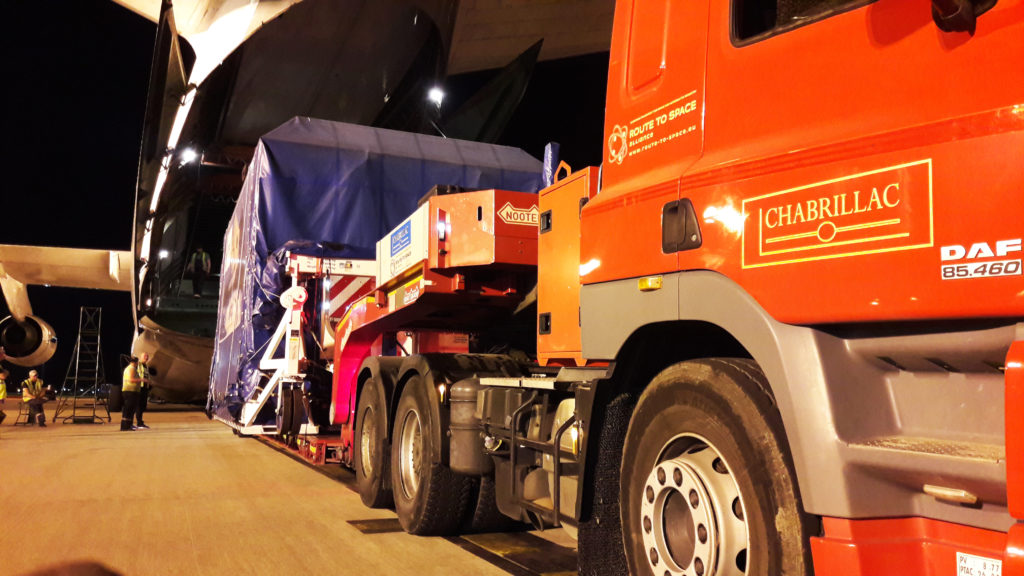 The last two weeks of June Chabrillac's organisation had to be as regular as clockwork, to say the least. 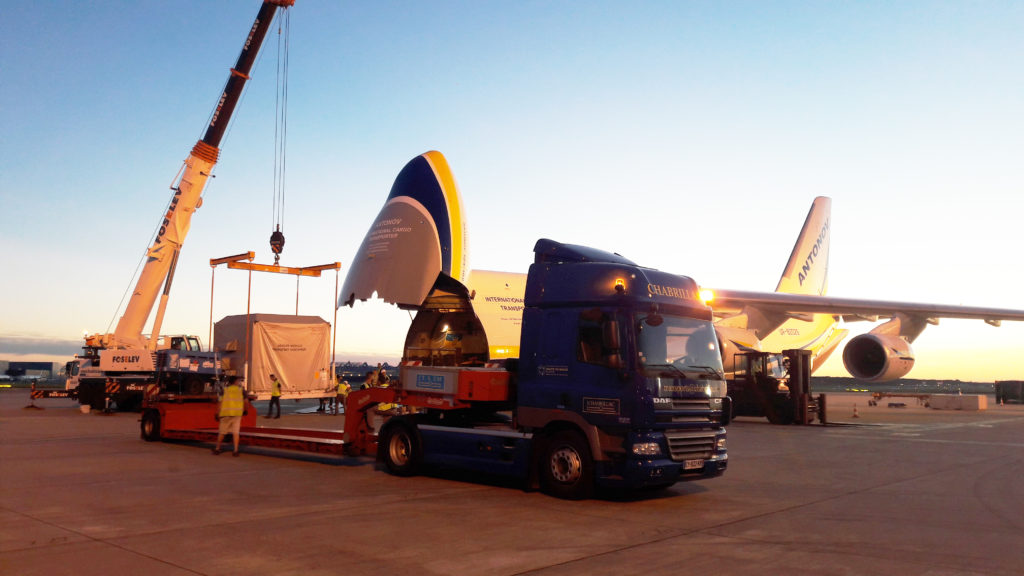 No less than three Antonov an-124 were needed to accomodate every element of the satellite which will be living its last flight within earh's atmosphere before being launched into orbit next October by the Soyouz launcher based in Kourou.